Church Rooms back in action after flood

The newly refurbished Church Rooms is back in action and being used again, less than 3 months after the flood which devastated several businesses and houses in Lostwithiel. The Church Rooms team have worked tirelessly to get the hall not just back to its former glory so quickly, but better than ever with a new heating system and new wiring.

Work started immediately after flood to remove the damaged flooring, vacuum out the debris deposited by the flood waters and dehumidfy the hall. Once the clean up and repairs were finished, the refurbishment began. The floor has been completely replaced with new boards and a new set of electrics have been installed. In addition a new heating and cooling system has been replaced the old overhead heaters, and the exterior of hall has been painted. All the main interior walls have been re-decorated, and the new disabled toilets and the kitchen are being painted.

The first event to happen in the re-opened Church Rooms was a Grand Quiz, rescheduled from before Christmas, and followed by a Town Band soiree and Twinning Association French Bingo. Regular event holders are back using the Church Rooms again, and some of the events coming up at the venue include:

Clean up after the flood in Church Lane 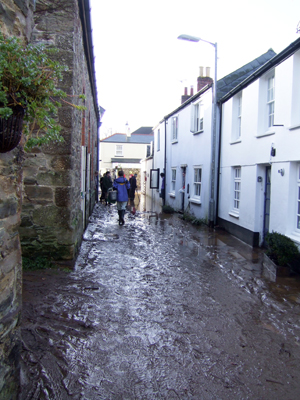 Mud and debris in Church Lane 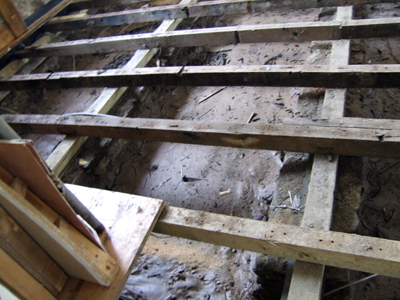 Mud deposited under the floorboards in the Church Rooms 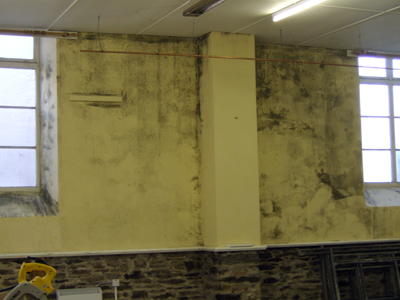 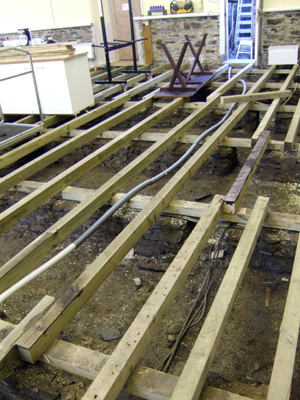 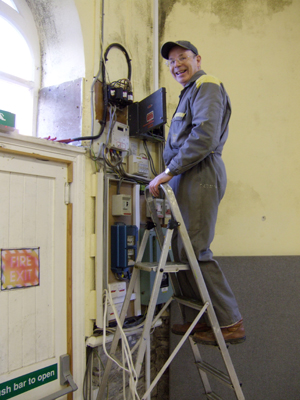 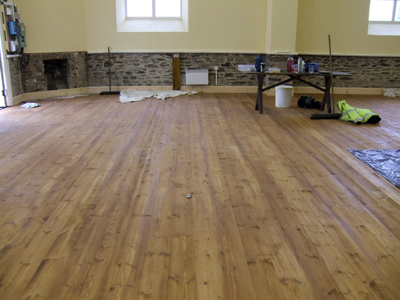 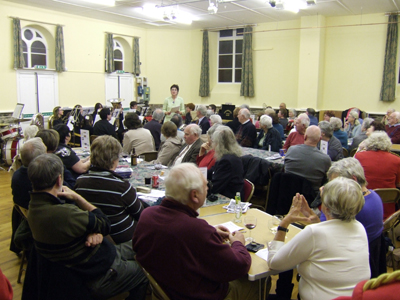 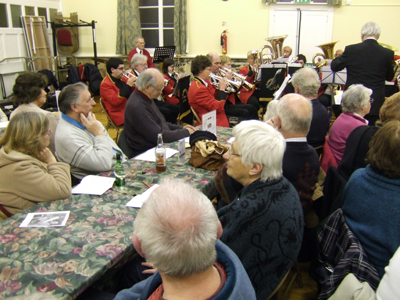 Junior Town Band at their soiree 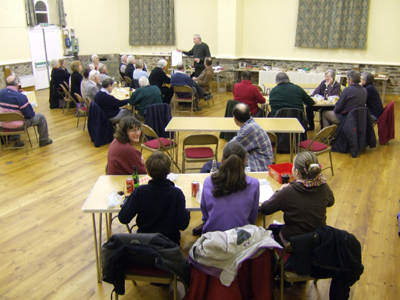