Extremely heavy rain and gale-force winds have resulted in a major flood in Lostwithiel and the surrounding area. Homes and businesses in the town were flooded along Quay Street, Church Lane and Queens Street, with some under 4 feet of water.

A landslide on the track at St Austell stopped train services in and out of Cornwall. The A390 became impassable, causing massive traffic queues in both directions. Cars were completely submerged along Quay Street, with some being carried a distance down the road by flood waters.

A flooded underpass and a lorry shedding its load also caused the A30 to be closed over Bodmin Moor. Many people were unable to get to work, and drivers have been advised not to travel. Schools in Fowey, St Austell and Lostwithiel remained closed, and the Eden Project closed for the day.

Tanhouse Road was particularly badly affected, with a huge pile of rubble blocking the road and two bridges badly damaged. The Cober river, normally a small stream which joins the Fowey river, burst its banks and carried debris down the street as far as the A390.

So much water ran down Edgcumbe Road, the A390 from St Austell, that the bottom half of the escape lane was washed clear of gravel. The gravel ended up being deposited along South Street and under the Duchy Palace archway at Quay Street.

Waters were at their highest between 4 and 6am on the morning of Tuesday 17th November. Emergency service workers from the Fire Service and Environment Agency are still working very hard to clear the main road, manage the traffic and prevent trees and branches in the river from blocking the Medieval bridge, which frequently happens during high waters.

As the waters recede, mud and debris have been left all over Lostwithiel and the clean-up operation is likely to take a long time. Sunshine the morning after the flood has given some respite, but the river will rise again for high-tide at 2.30pm and more storm water will run off Bodmin Moor, the source of the Fowey river, in the next few hours and days. The forecast for the rest of the week is sun with showers.

The floods hit the national news - read more about the floods on the BBC website. 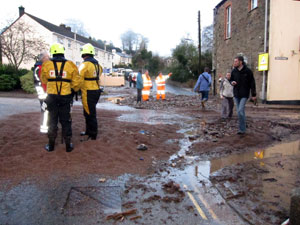 Junction of Tanhouse Road with A390 covered in debris 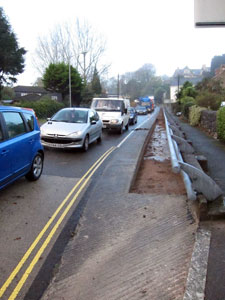 Gravel from the escape lane on the A390 was washed away 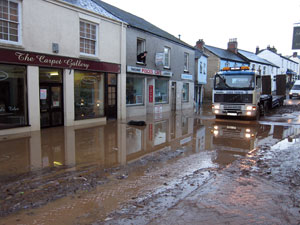 The A390 was blocked until waters started to subside 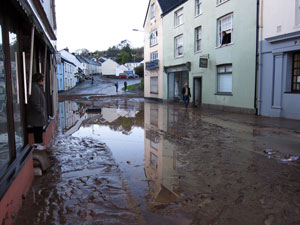 The Post Office and businesses on Queen Street were flooded 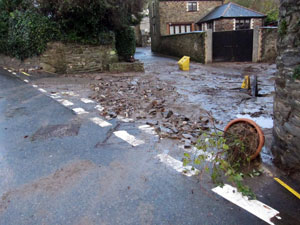 A grit store and debris were washed down Shute Hill 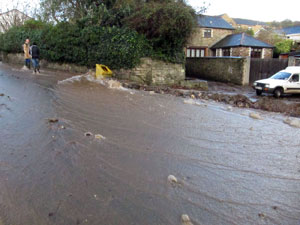 Once the rubble and debris was cleared, the water was allowed to drain freely down Tanhouse Road 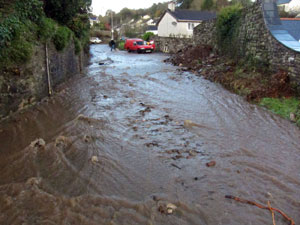 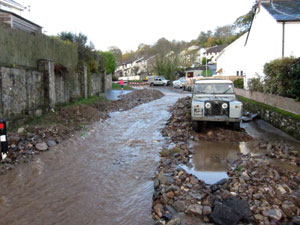 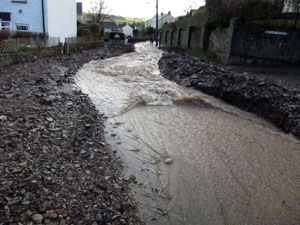 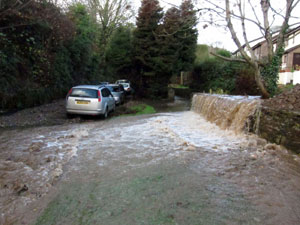 The small stream along Tanhouse Road turned into a waterfall 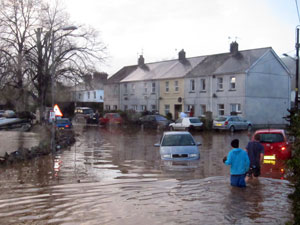 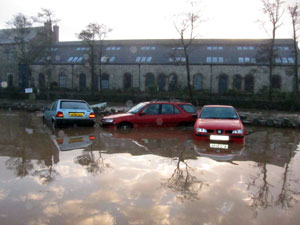 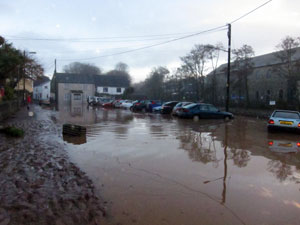 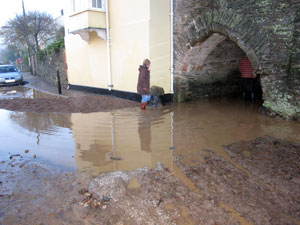 The archway from South Street to Quay Street.
The gravel has been washed down from the A390 escape lane. 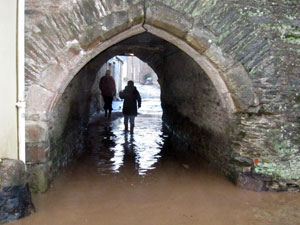 The flooded archway under Duchy Palace 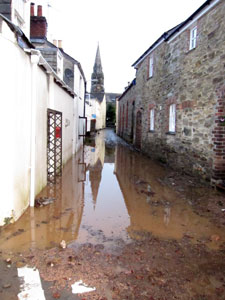 Church Lane houses were badly affected by the flood water 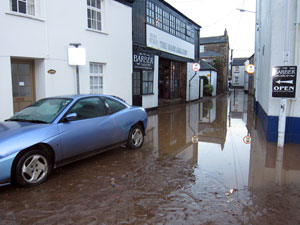 The alley between North Street and Parade Square was under water 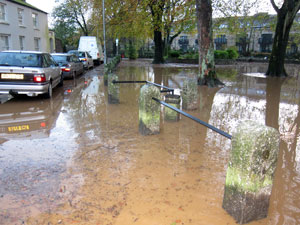 The Parade under water 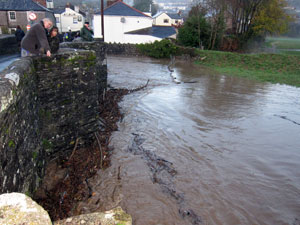 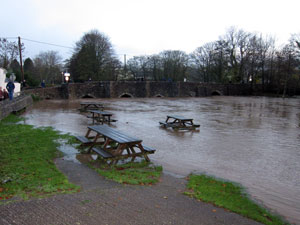 Submerged picnic benches at the bridge 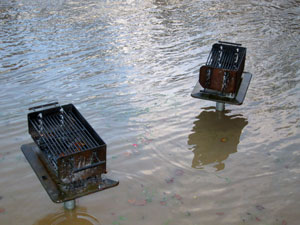 Flooded barbeques at the Medieval Bridge 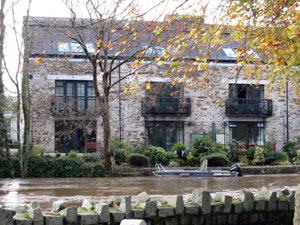 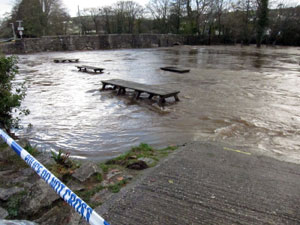 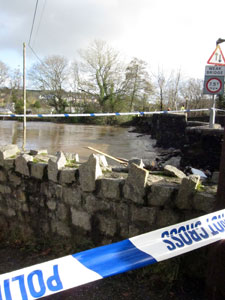 Branches were washed against the bridge 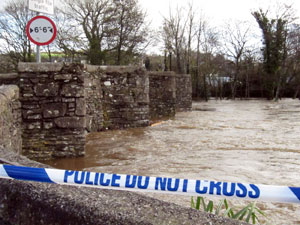 The arches were nearly fully blocked at high tide