The Man Engine comes to Lostwithiel

The Man Engine arrived in Lostwithiel on the second day in its momentous journey through Cornwall.

The largest mechanical puppet ever made in Britain has been built at an ex-minig location in Cornwall. It is a colossal metal Cornish Miner, part man, part machine. When he crawls down the road on the back of a Maen Kerne low loader, his height is 4.5m (about the same as a double-decker bus) but when he ‘transforms’ he stands at over 10m tall (two-and-a-half double-deckers!) A Volvo crane weighing nearly 40 tonnes is used to raise the Man Engine up to his full height.

As part of the ceremony, Lostwithiel Mayor Ian Gillett was given a gift by the Man Engine and the crowd were encourage to sing and chant specially composed songs.

The Man Engine was unveiled in Tavistock on 25th July and began a two week, 130 mile pilgrimage across the Tamar to Geevor mine. Built to celebrate the 10th (Tinth!) anniversary of Cornish mining landscape being awarded UNESCO World Heritage status, the Man Engine tells the story of the successes and the struggles of the real people whose lives shaped the Cornish Mining story. He will visit all 10 Cornish Mining World Heritage Site areas with over 25 events and many thousands of people coming to watch and participate in singing the miner to life.

Lostwithiel's visit by the Man Engine was a fanastic event thanks to the hard work of many local volunteers to arrange a brilliant afternoon and evening. There was entertainment from local performers including Lost In Song choir and Lostwithiel Town Band, plus Lost In Space on stage after the spectacle. Lostwithiel Museum had a heritage gazebo which included Balmaiden costumes (designed and modelled by Rachel Parton), information from Heritage experts and photographs by official mining photographer John Peck. 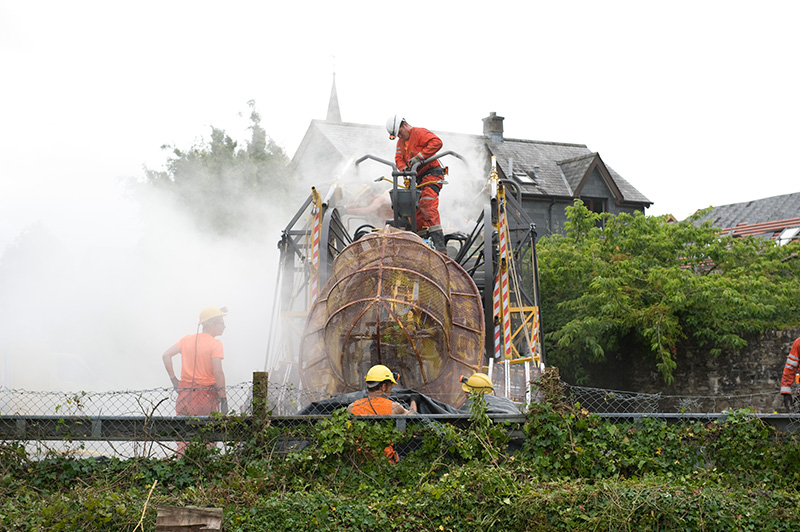 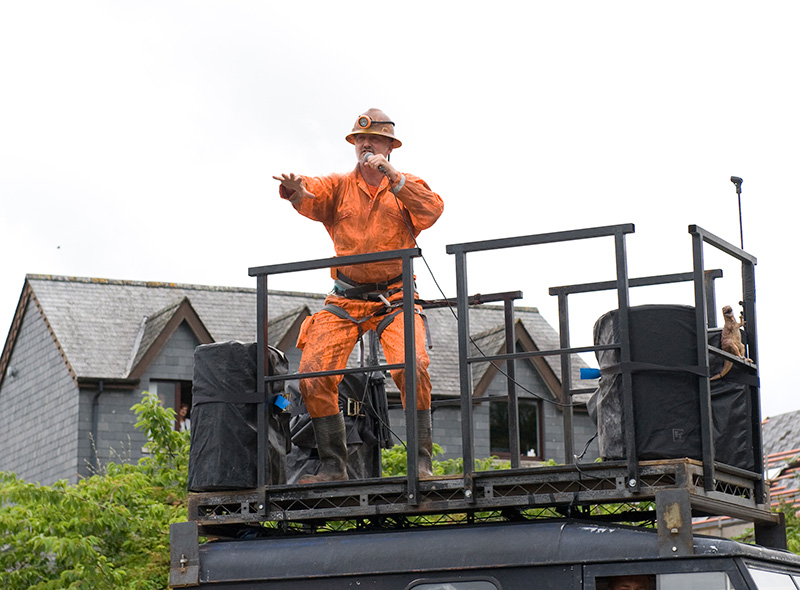 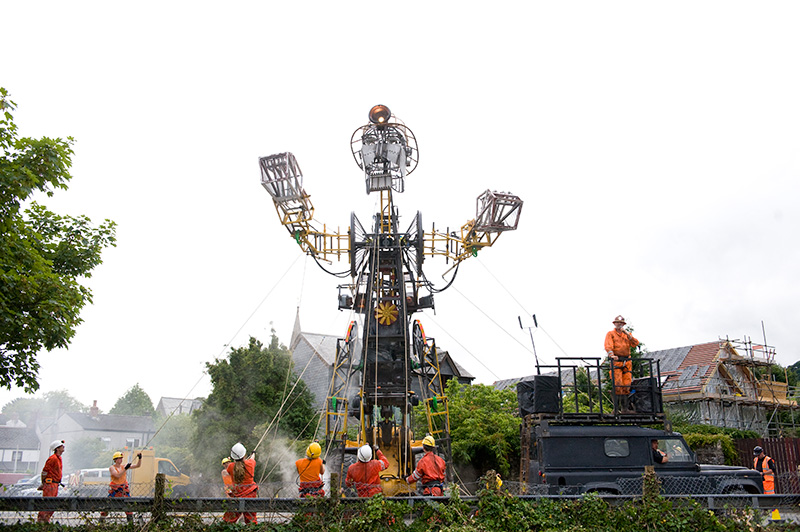 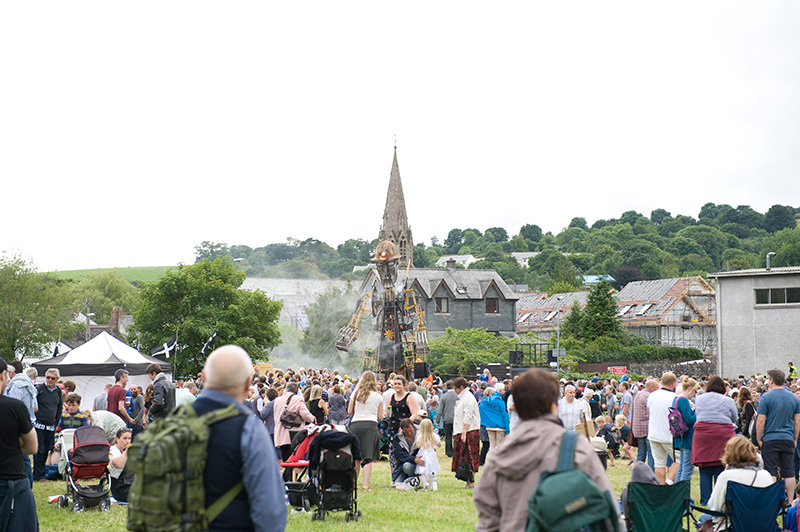 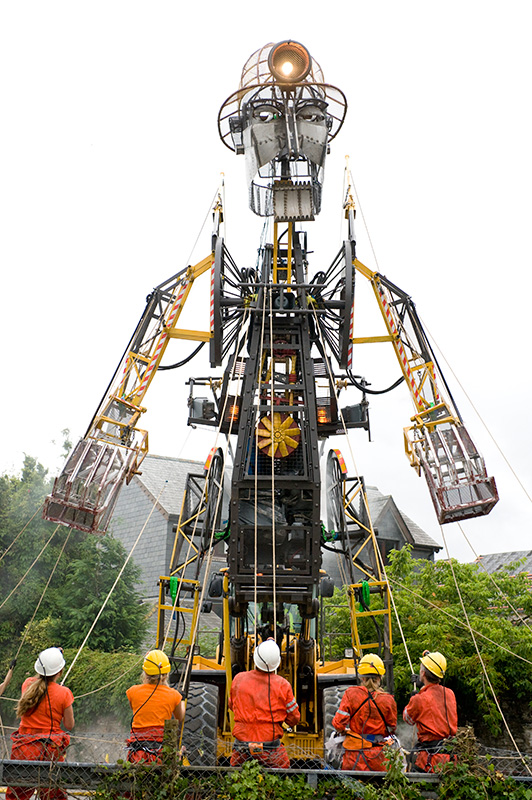 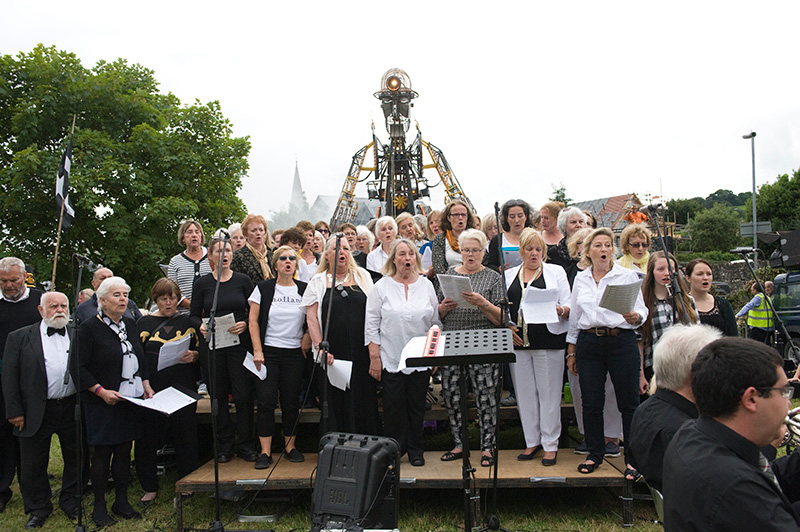 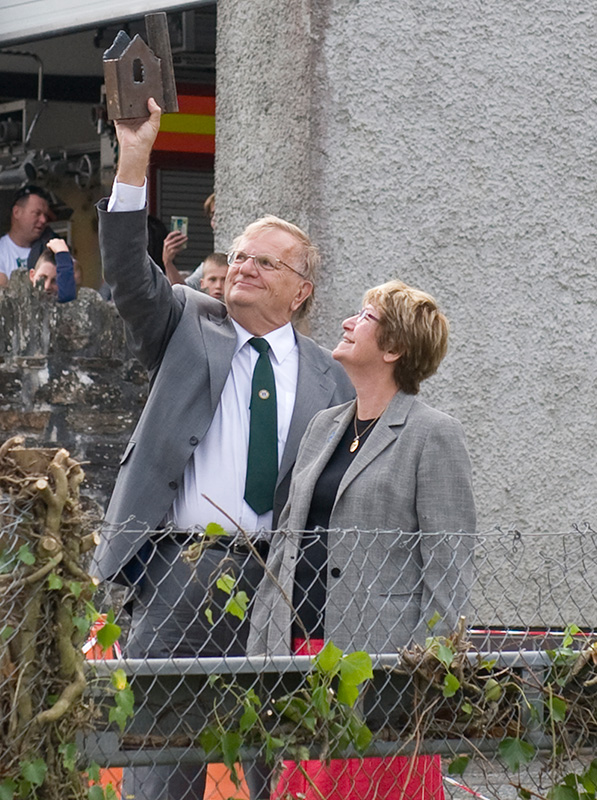 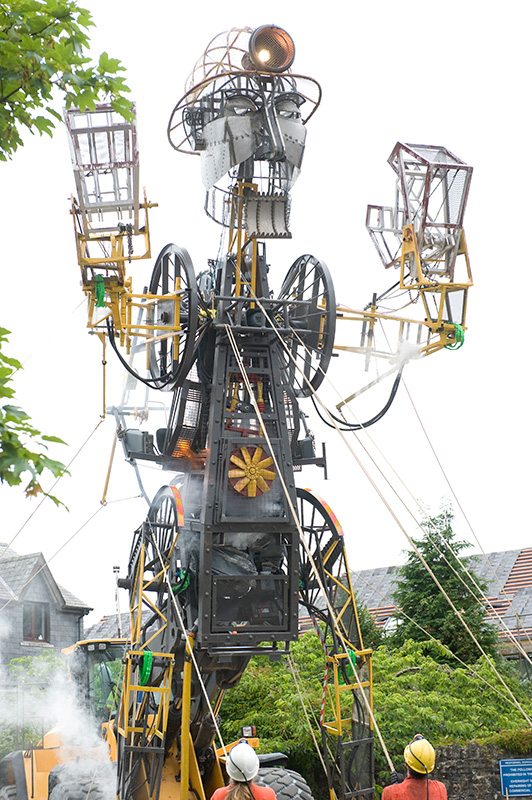 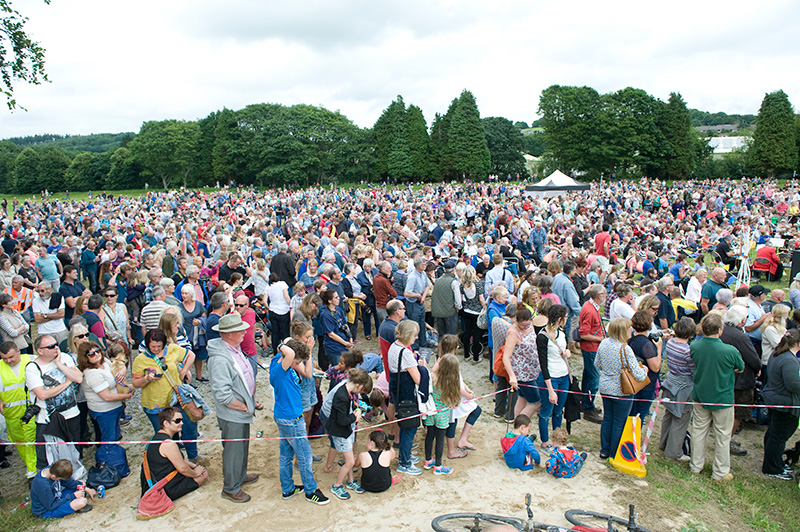 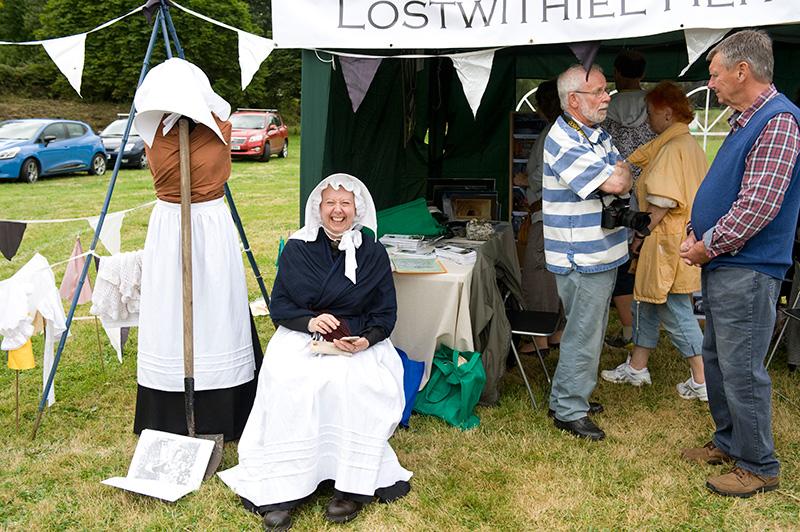