Following heavy rain and high winds, a flood alert was issued by the Environment Agency for Lostwithiel, The Glynn Valley, Trago Mills and St Neot at 12.16am on Sunday 25th November. The river level was extremely high (4.8 metre) at high tide 2.45am. The flood warning was upgraded to Severe at 34 minutes past midnight and then stood down at 10.45am.

A few properties were flooded through oozing ground water along Quay street but the majority of the town was unaffected. Roads remain clear and shops and businesses are open as usual. Camera crews remained at the bridge for some time but there were no dramatic scenes to capture. Although the water level looks extreme, the river Fowey reaches similar levels every year and is within normal levels.

Since the floods in November 2010 a great deal of work has been done by various agencies to reduce the risk of flood. The wardens in the Lostwithiel Flood Group are notified about Flood Alerts by the Environment Agency and a Flood Action Plan has been created. One-way valves have been put into the river wall on Quay Street and major work has been done to enlarge the culvert on Tanhouse Road which was responsible for the 2010 floods. 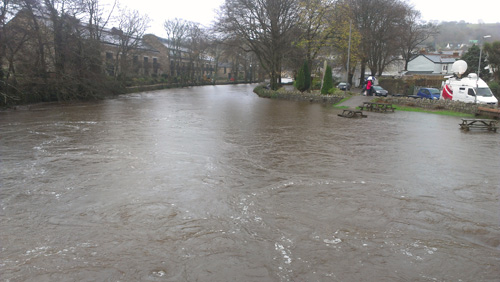 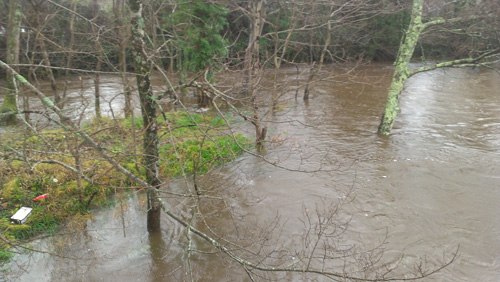 High water viewed from the bridge 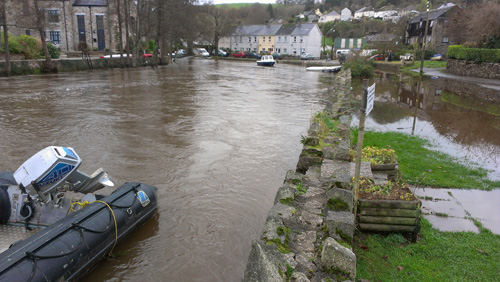 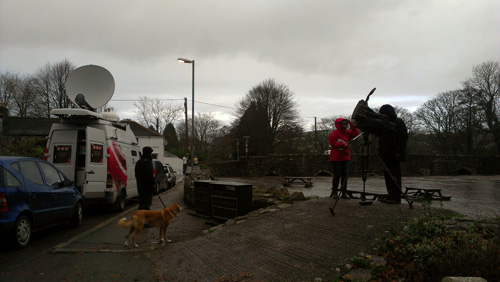 Camera crews waiting at the bridge for a dramatic scene 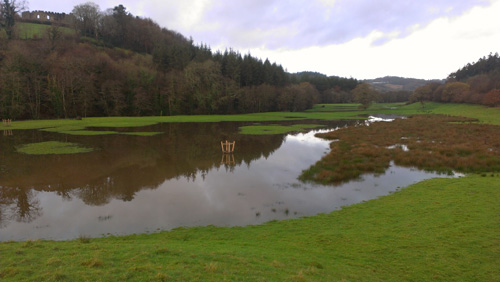 Fields near Restormel Manor under water 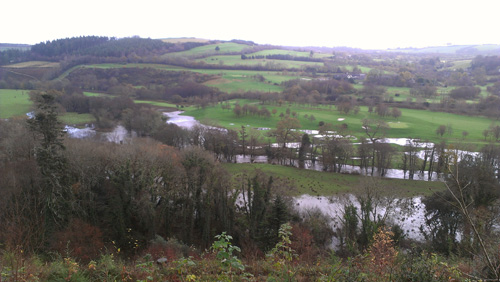 Sections of the golf course next to the river submerged