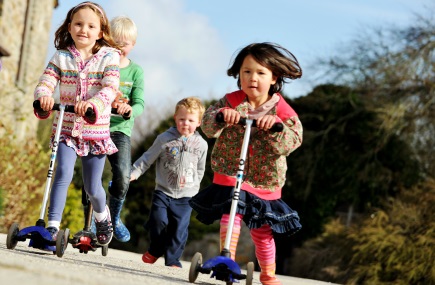 One of our Business Group members, Tredethick Farm Cottages, has been awarded runner-up prize in The Best Holiday Rental category in the national Family Traveller Awards 2017, announced at the prize-giving event in London on 21 November 2017.  Tredethick was up against 13 other holiday companies in the category including household names, like AirbnB.

Ashlyn Reed, owner of Tredethick Farm Cottages said: “We’re thrilled to be runner up in the Best Holiday Rental for Families in the Family Traveller 2017 Awards and to be flying the flag for Cornwall’s tourism industry.  The support we received from our guests and the local community in  voting for us was tremendous and I’d we’d like to say a big thank you.  We look forward to welcoming many more families to Tredethick to experience a truly magical farm holiday.”

Read more about Tredethick Farm Cottages on their website.

Tredethick Farm Cottages, is currently offering Devon and Cornwall residents a 10 per cent discount on short breaks.  The special offer is valid for three or four night stays, from Friday to Monday, or Monday to Friday, for term-time stays from 20 November 2017 to 30 April 2018 (holiday periods are excluded).  When booking online use the discount code, 3Y89D.