Rotary International in Great Britain & Ireland (RIGI) is a great organisation for many reasons, but one that stands out for many is the "End Polio Now" campaign which has adopted the purple crocus as its symbol. This is because when a child has been inoculated against Polio, they dip their fingers in a purple dye to show they have been inoculated.

The final push is on to rid the world of Polio, and we are very close.

To raise awareness many clubs throughout the country are planting purple crocuses that will bloom in the spring.

As part of this effort two teams of Lostwithiel Rotarians were out on Sunday 30th October planting 4,000 crocuses on the two approaches to Lostwithiel along the A390.

"Across Cornwall Rotarians are planting 75,000 purple crocus corms to raise awareness that 30 years ago Rotary made a commitment to eradicate polio. Since, the World Health Organisation, UNICEF, and other agencies around the world have teamed up with Rotary to make this a reality.

When Rotary started the global campaign in 1985, there were 350,000 cases a year. So far this year we have seen just 27, in Pakistan, Afghanistan and Nigeria. In the next few months we could see the last case reported. The effort is extraordinary: 150,000 health workers in 60 countries immunise 400 million children each year, and this will continue until the polio virus is history. To identify inoculated children each has their finger dyed purple, hence the planting of symbolic purple croci.

For many in Cornwall polio is still very real. In the late 1940's, early 50's, we were under attack, polio (infantile paralysis) was sweeping through our communities paralysing, disabling and killing children. In two years alone over 200 people were affected from St. Ives, through Camborne and Redruth, to Truro, Padstow, Fowey and Bude. The fear was real.

The people of Cornwall have risen to the End Polio Now challenge. Over the years Rotary Clubs in Cornwall have raised over £500,000 to confine polio to the past. In the last three years alone the Rotary Club of Lostwithiel have helped raise over £30,000." 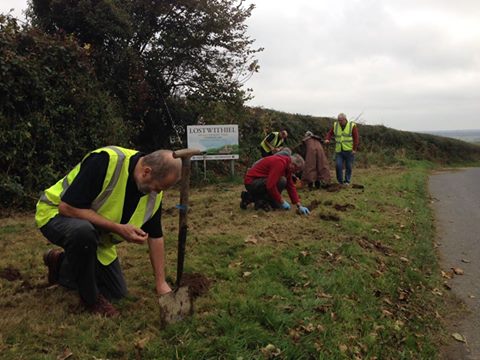 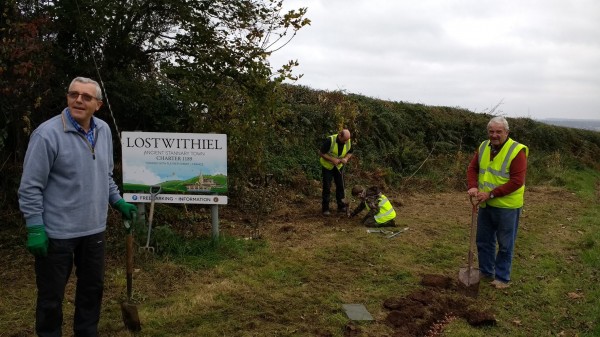