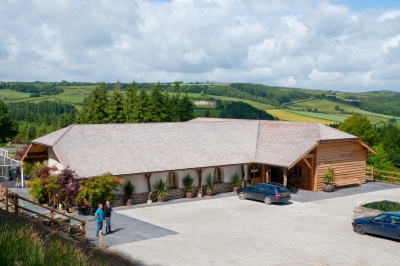 As work on the Duchy of Cornwall Nursery’s new visitors centre draws to a close, it was announced today that The Prince of Wales and The Duchess of Cornwall will officially open the new site during their annual visit to the county in July.

Situated on the outskirts of the old medieval capital of Cornwall Lostwithiel, the Nursery’s new building, shop, café and gardens will become a showpiece for the Duchy estate, which itself was created almost 675 years ago in 1337.

The Prince of Wales has been personally involved in the project working closely with designers and Nursery staff on the plans, which reflect his interest in traditional building methods and horticulture. With that in mind local tradesman and suppliers have been engaged wherever possible on the project, including Lostwithiel based Duchy Timber. 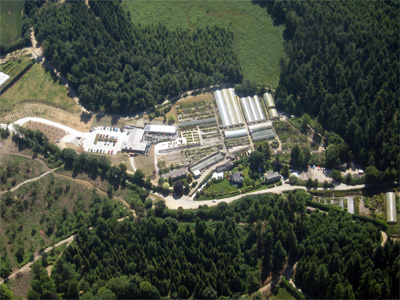 Angie Coombs, general manager of The Duchy of Cornwall Nursery, said: “Progress on the building has been fantastic and we are all looking forward to this exciting new stage of the Nursery’s life.

“The Nursery team, local tradesman and suppliers have done a remarkable job and are on target to get the building finished in time for the visit by The Princes of Wales and The Duchess of Cornwall in a few weeks.”

The new building will create seven permanent jobs plus a range of part-time positions and along with the new plans for the garden layout aims to secure the Nursery’s future, widening its appeal while retaining its core values and horticultural expertise.

Above: aerial view of the Duchy of Cornwall Nursery showing the new building and car park to the left