Lostwithiel school take part in Songfest at Hall for Cornwall

As part of Hall For Cornwall's commitment to develop and promote singing for young people in Cornwall, Cornwall Music Eduction Hub is running a countywide series of concerts called Songfest in March 2016.

Lostwithiel School were one of the schools taking part in the event on 10th March 2016.Each concert is a celebration of local young vocal talent with performances by soloists and groups in the first half of the show, followed by a massed choir performance of 'Ocean Commotion' in the second half. Ocean Commotion is an environmentally themed musical written especially for children with a colourful cast of characters, catchy songs and a happy ending! 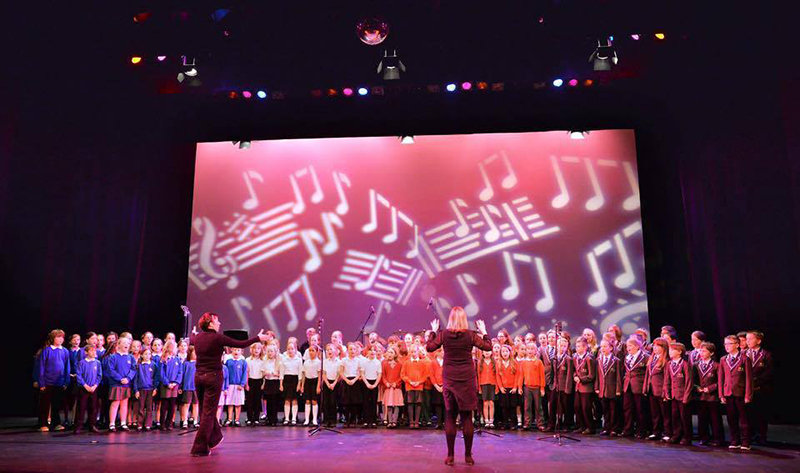