Lostwithiel based charity, the Sabre Charitable Trust announces the launch of a new fundraising campaign, Steps for Change to help give thousands of young children in Ghana a quality education. Sabre staff and supporters from across the country will be swimming, running and cycling hundreds of miles this September, raising money to build more sustainable schools, train more teachers and give more children in Ghana a quality education and a brighter future.

September is an important month for education, as the start of the school year, it marks the first step in a child’s learning journey. This year, Sabre is making September - STEPtember as part of their #StepsforChange fundraising campaign which will see supporters taking on challenges for the charity including The Monster Triathlon, which kicks off on 16th September at Loch Ness with a 5km swim, a 550 mile cycle, and a 45 mile run along the Thames path ending in Teddington.

Aubrey Malcolm-Green, Founder and Trustee, will be taking on the entire Monster Triathlon to raise funds for Sabre, and has been training rigorously since January to prepare for the challenge both mentally and physically. As part of his training Aubrey has already completed the UK Iron Man. Aubrey said "Completing an Iron Man has been a huge personal challenge, but now being able to take on the Monster Triathlon and push myself even further, whilst raising money to build a brighter future for school children in Ghana really is the icing on the cake"

Dominic Bond, Managing Director, who lives in Lostwithiel, Cornwall will take on the 45 mile run - "I completed the Eden Half Marathon in 2014 and vowed my running days were over! But I could not resist getting involved again and seeing if together we can take enough steps to get all the way to Ghana as well as raising valuable funds to help thousands of children in Ghana fulfil their academic potential and realise their dreams." To get involved in Sabre’s Steps for Change challenge visit www.sabretrust.org/stepsforchange for ideas and contact details for fundraising support. 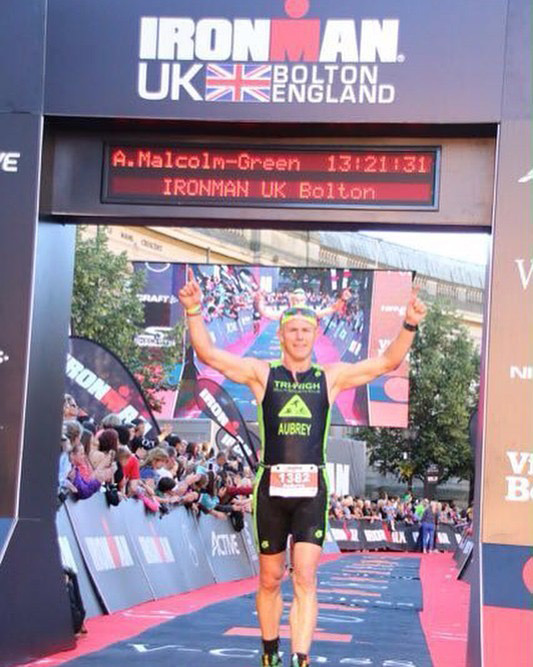 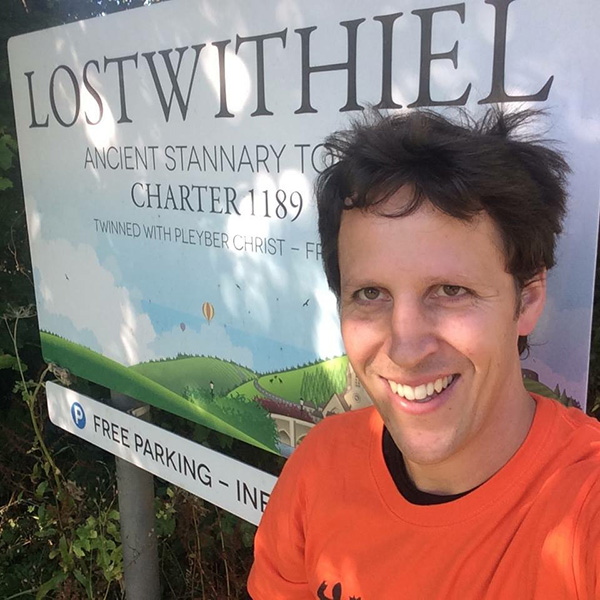 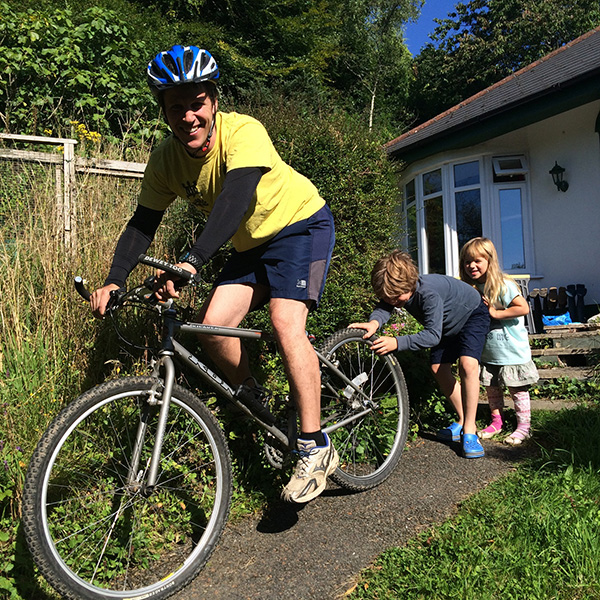 Dominic Bond with children Raffy and Lottie, ready to cycle to work as part of his general fitness training.