Lostwithiel Bowling Club is celebrating its 90th anniversary this year.

The club was formed on 18th January 1926 by 23 citizens of Lostwithiel on land owned by the Duchy of Cornwall, with a peppercorn rent of £5 per annum agreed.

A committee of 13 was established, and by March 1926 the total membership had more than doubled to 51.

In 1929 the green was enlarged to 6 rinks, and in 1935 the (male) membership allowed ladies to participate.

Nowadays Lostwithiel is a friendly club open to all ages. During the playing season from mid April to the end of September there are numerous club games and league fixtures plus social events where members meet and enjoy food and entertainment.

The green is maintained by a dedicated team of people and is one of the best (if not the best!) green in the County. The location is stunning and is a favoured green for County matches and chosen by many as a neutral green for individual county competitions.

The Bowling Club are always on the look out for new members of all abilities - anyone can give us a ring to arrange to come or just turn up at one of our Monday club afternoons. For more information including phone numbers, visit their website www.lostwithielbowlingclub.co.uk 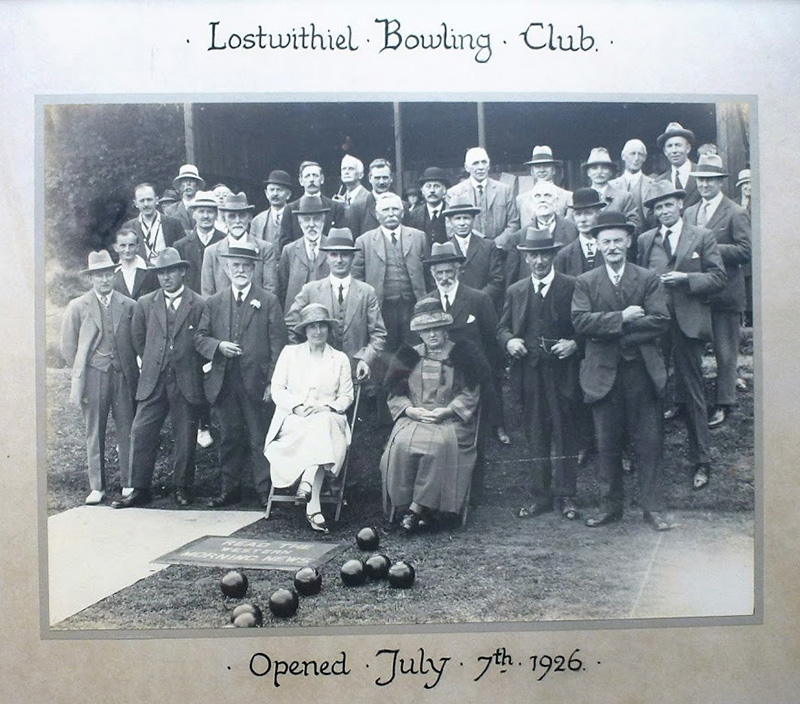