The Community South West results are in !! 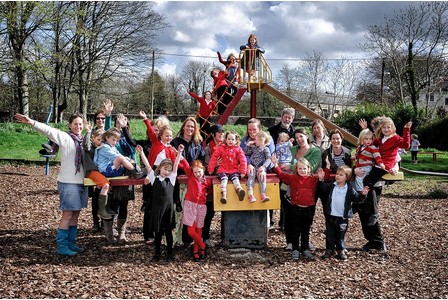 Community South West is a campaign run by insurer Cornish Mutual aimed at celebrating and encouraging the wonderful community spirit that exists in the South West making it such a special place to live.

Nearly 10,000 people voted in the Community South West campaign and now having added up and validated the paper, Royal  Cornwall Show and online votes the  winner for Cornwall is Lostwithiel's Lost in Play Project,  who will receive a cheque for £1500. Lost In Play is a community group that has recently formed to work with the Town Council in order to raise enough funds to significantly improve Lostwithiel’s playgrounds, in particular the King George V Field and Coulson Park.