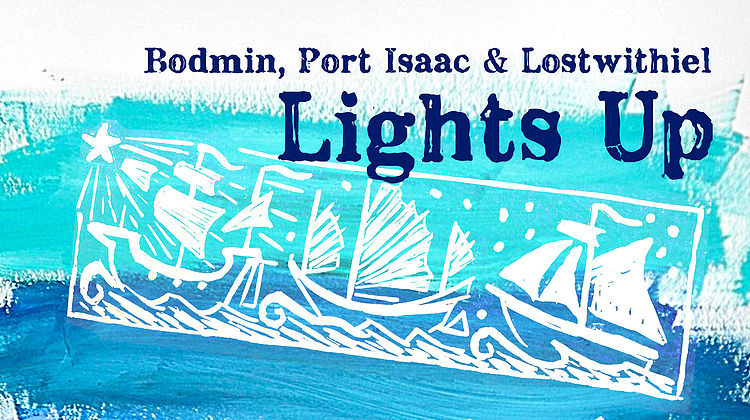 Children and communities from three towns in North and East Cornwall are coming together to light up the towns of Bodmin, Lostwithiel and Port Isaac in a lantern parade and celebration, inspired by Port Isaac harbour and the song I saw Three Ships come sailing In.

Three beautiful illumination trading ships, made by from willow and tissue paper by artists Caroline Cleave and Reg Payn, will parade through each town, accompanied by a flotilla of smaller boats made by local school children. Pipes, drums, choirs and singers from all over the area will be coming together to accompany the parade and sing a brand new arrangement of the song, created by Emma Mansfield and Roger Luxton.

Northern Lights has evolved over the last four years and brings together the Articulate Collective of visual artists and musicians with, most recently Fin Irwin of Into Bodmin. What began just a few years ago as a small star-lit parade and switch on of the Christmas Lights in Bodmin, has grown to embrace Lostwithiel’s Dickensian Night and marks the switching on of the Christmas lights in Port Isaac.

There will be a Community Lantern Makeing Workshop in Lostwithiel  on Sunday 10th December 10am to 2pm, in the  Church Rooms, Church Lane, Lostwithiel. To book for the workshop email lovelypublications <at> gmail.com

The Lantern Procession will take place on Thursday 14th December at  6pm from Kings Arms, Lostwithiel as part of the annual Lostwithiel Dickensian Evening.