Two graves have been discovered under the altar of St Bartholomew's Church during renovation work. A contractor working on the slate floor by the altar uncovered two arched humps and notified the church.

Work stopped and an archaeologist was brought in to examine the tombs and determine the age of the bones. The graves are believed to be medieval but were covered by a brick vault in Victorian times. They are believed to the remains of priests or local dignitaries.

Speaking for Truro diocese, Kelly Rowe said it was impossible to say exactly when they date from but it was not an unusual find. "It's not unusual for people like that to be buried within a church, and the report from the archeologist suggests the tombs are medieval."

The interior of St Bart's is being renovated to make it more suitable for community events. The remains will be reinterred once the work is complete.

St Bartholomew's was founded in the 12th century, with a square tower added in the 13th century. It was largely rebuilt in the 14th century and was desecrated during the Civil War, when it was used to stable horses: it is said that one was christened 'Charles' by Parliamentary soldiers.

Read more about the history of Lostwithiel's ancient buildings 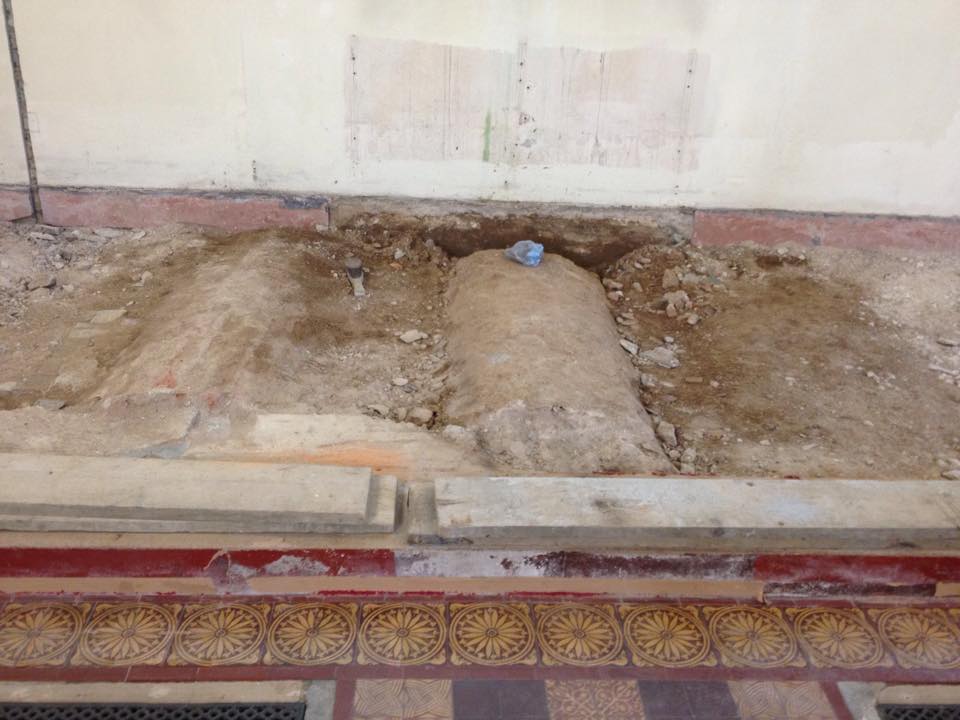