The 2010 New Year's Eve Giants Parade was one of the biggest so far, with a huge crowd turning out to see the giants being escorted through Lostwithiel as the clocks struck midnight. The parade started at the top of Fore Street at around 11.30pm, crossed the Medieval bridge and arrived at the Earl of Chatham pub in time for midnight, then returned back along the same route to finish at the Kings Arms. Musicians and dancers accompanied the giants, creating a buzzing carnival atmosphere. 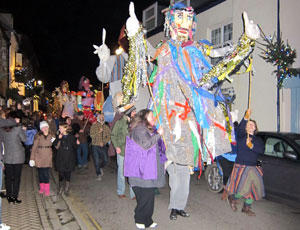 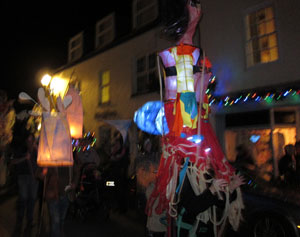 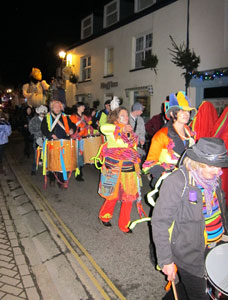 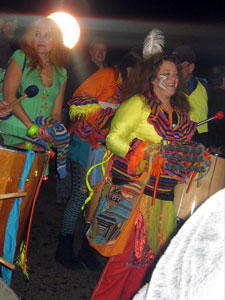 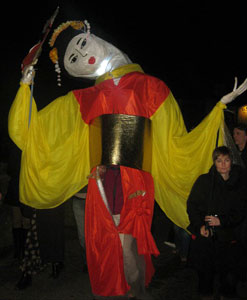 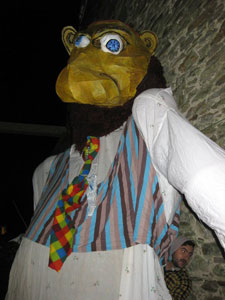 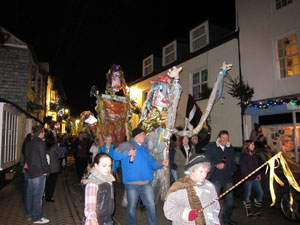 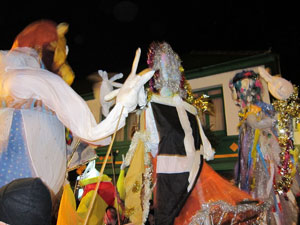 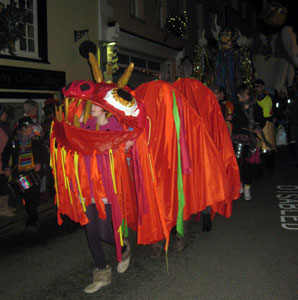 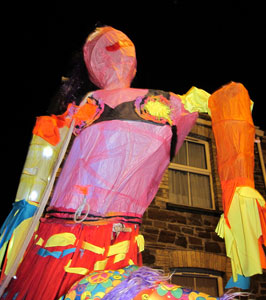 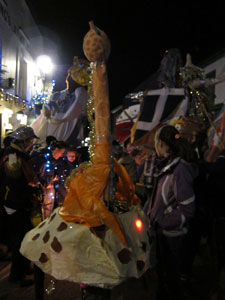 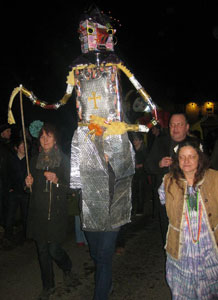