The Earl of Chatham pub in Lostwithiel has installed a rapid charging station for Electric Vehicles in their car park. The EV charging point is part of an environmental initiative by St Austell Brewery in cooperation with SSE, EcoDrive and with local government backing,
The Earl of Chatham's EV point is the third rapid charger in Cornwall for the brewery, the other two being at the County Arms in Truro and the Holmbush Inn at St Austell.
Matt Trevaskis from EcoDrive said "In general the majority of journeys we make in our cars are to do with the commute and while most EV charging takes place at home or work, there have traditionally been concerns about running short of power when out and about. These new chargers are amazing. In just 15 minutes, the time it takes to stop off and have a cup of coffee, your car can be back up to almost full charge – good for 70 – 80 miles and that covers most places you might need to get to in Cornwall!" 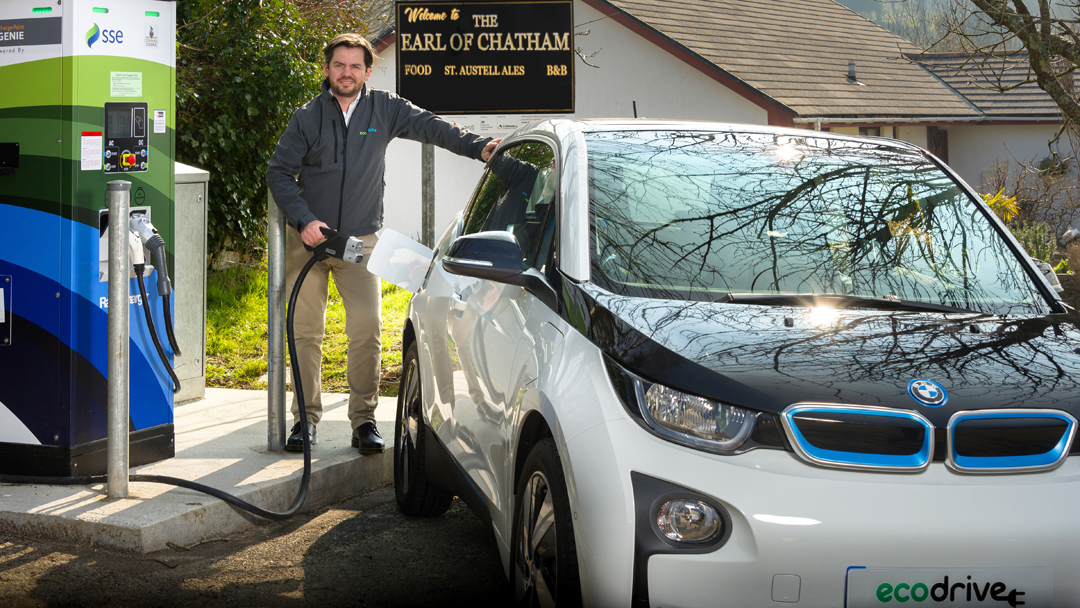