Lostwithiel's 2010 Dickensian Evening was as popular as ever and attracted  huge crowds. In addition to the  late-night shopping and shopkeepers in Victorian garb, choirs, bands, and lashings of mulled wine, there was a lantern parade down Fore Street to kick off the evening. 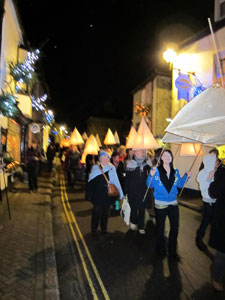 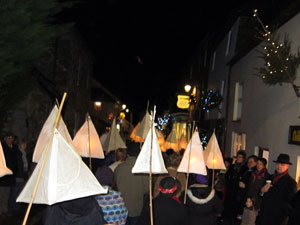 The Lantern Parade on Fore Street 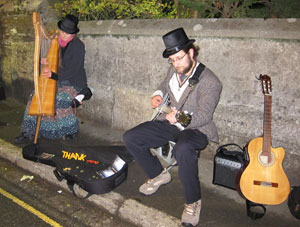 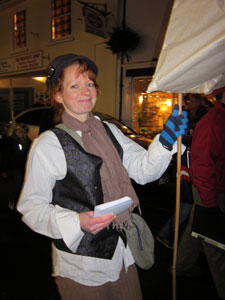 Barrow Boy in the Lantern Parade 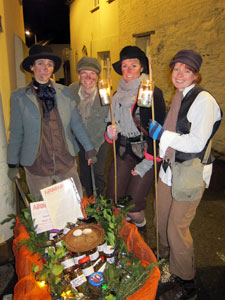 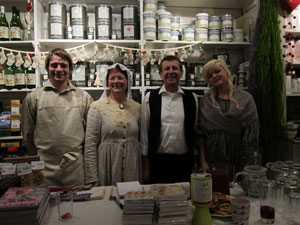 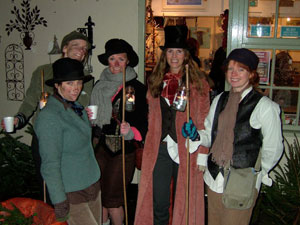 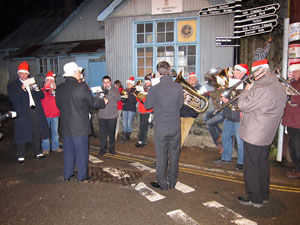 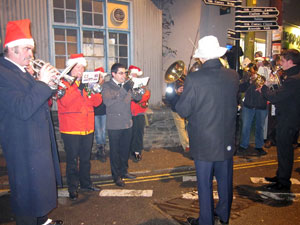