The first day of the 2010 Carnival week, organised by the Lostwithiel Rotary, was the Charity Fayre Country Pursuits Day. This year it was bigger and better than ever, packed with stalls and activities.

The event and Carnival week was opened by the Mayor of Lostwithiel, Vic May, and Rotary President Jeremy Hoskin. Although the skies threatened at times, rain held off and the event was very well attended.

Stalls for local charities and organisations were set up around the edge of the field. Crowds enjoyed the regular country pursuits on offer which included sheep shearing, ferret racing, fly fishing, village green cricket. The Cornish wrestling tournaments was a big draw - photos of the winners are displayed below. 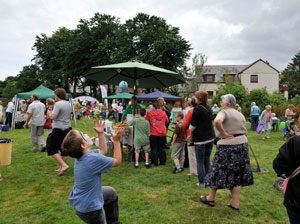 Stalls at the Charity Fayre 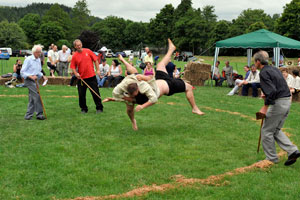 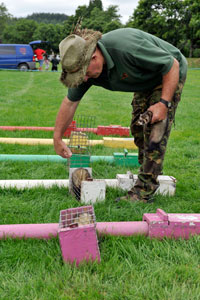 Ferret race being set up 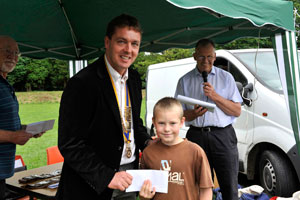 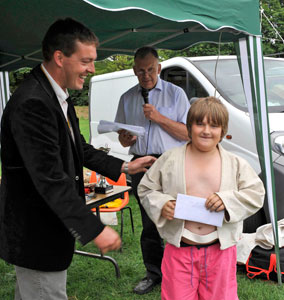 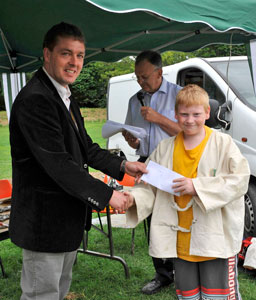 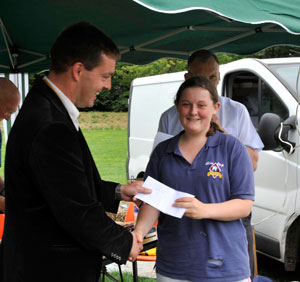 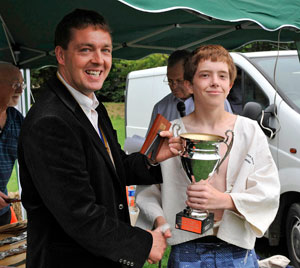 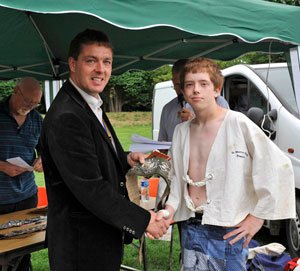 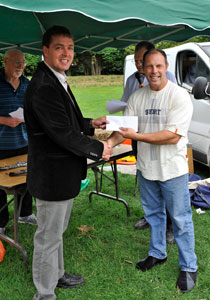 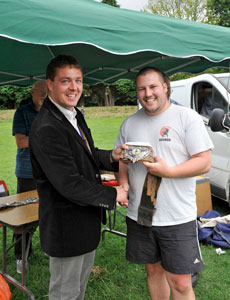 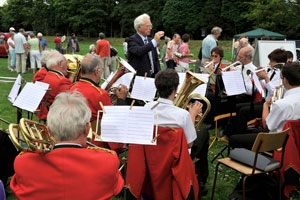 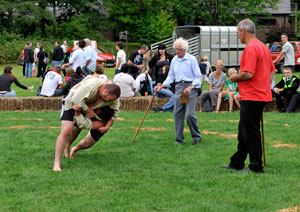 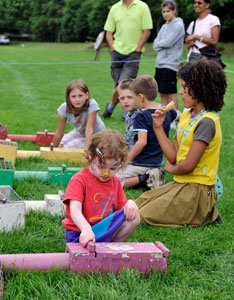 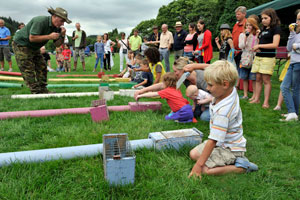 Children releasing ferrets for the start of the race 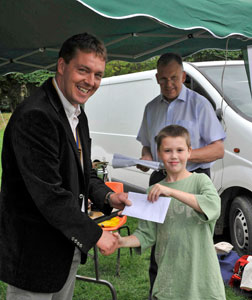 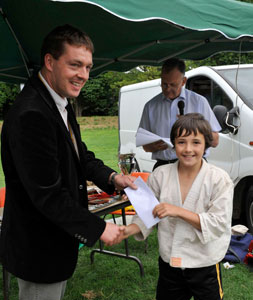 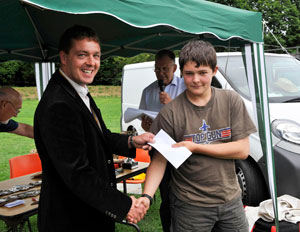 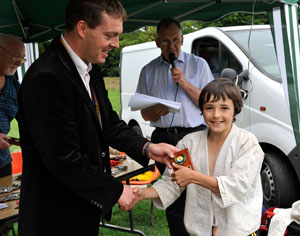 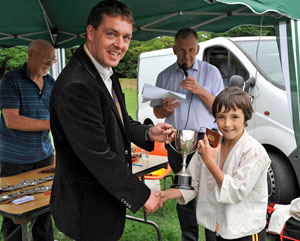 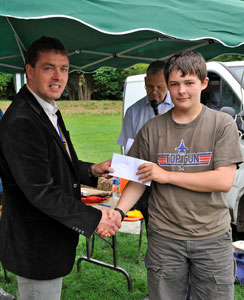 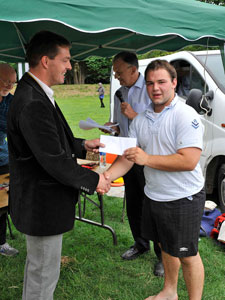 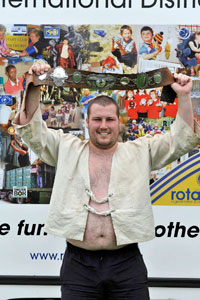