Birthday Honours awards have been conferred on two members of the Lostwithiel Community. 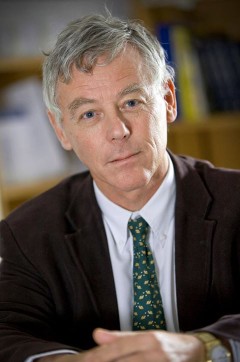 Professor John Scott, Pro Vice-Chancellor for Research at Plymouth University has been awarded a CBE in the Queen’s Birthday Honours List in recognition of his services to Social Science. The author of more than 30 books and collections, he has served on national research assessment panels and curriculum bodies and has advised on sociological research and teaching at universities in China, Japan, Western Europe, and Australia.

John heads up the Lostwithiel Town Forum Transport Users Group, which is campaigning for improved bus and rail links for Lostwithiel. John and his wife Jill also run the Music Appreciation Society which  mets  on the 3rd Wednesday in the month at the Restormel Lodge Hotel at 8.00pm

Recently retired Lostwithiel Town Councillor and Honoured Burgess Warren Nicholls has been awarded an MBE for services to the communities in Lostwithiel, Tywardreath and St. Blazey,   Mr Nicholls’ family have long been associated with Lostwithiel. The  Peace Memorial, erected  in November 1903 to  honour locals who fought in the Boar War,  was made by  Warren Nicholls’ grandfather; stonemason Joseph Nicholls.