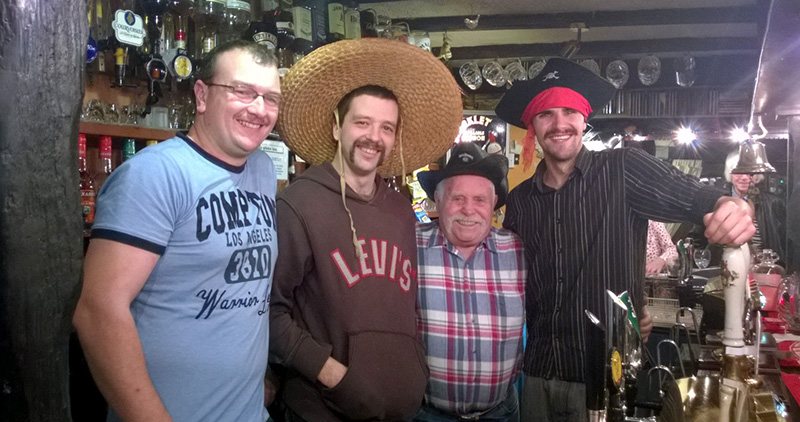 Regulars and staff at the Globe Inn have together raised £775 for Movember.

Chris, Alex, Barry, Jack (left to right) and Ross (not pictured) collected donations throughout November at the pub in Lostwithiel. This sum was matched by Will Erwin, owner of the Globe, bringing the total to over £500. Alex and Barry raised further money outside the Globe which was added, bringing the grand total to £775.

On quiz night at the end of the month, teams were invited to vote for the best moustache. The winner was Barry, who unlike the other participants hasn't shaved his moustache off yet.