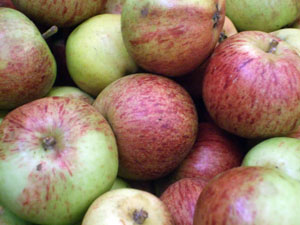 The second annual cider festival held in Lostwithiel was declared a huge success, after more than 400 people came along for the all-day celebration of cider and apple juice. This year the event was sponsored by Sharp's Brewery and Cornish Orchard.

Entry on the door was £5 for a commemorative glass and a token for the first drink of apple juice or cider. The ciders on offer were: 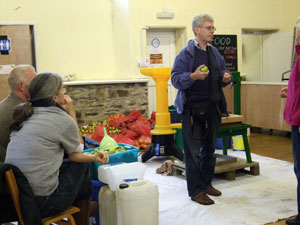 There was a real family atmosphere as children and adults brought along apples to be pressed and took home the apple juice for drinking, or to brew into cider at home. Mayor Vic May attended the festival and had a go at working the press. 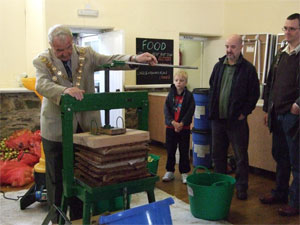 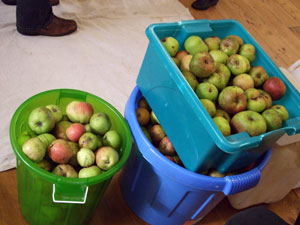 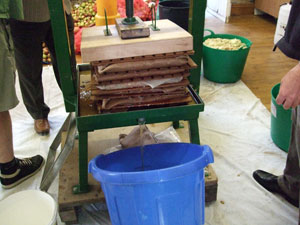 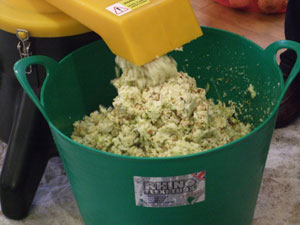 This year, local ciders from Penpol and Haye Farm were most popular with stocks selling out. 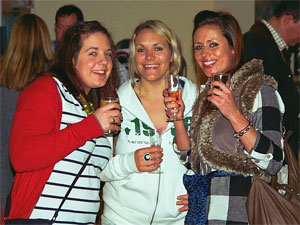 Later in the afternoon, visitors were entertained by local choir Lost In Song, then other bands took to the stage, with local band The Good, The Bad and The Funky headlining at the end of the night. 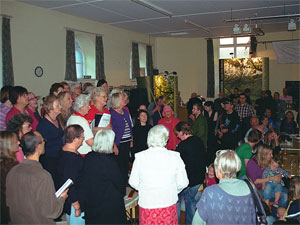 Transition Lostwithiel had an Abundance stall promoting the project which harvests and distributes local fruit which otherwise would go to waste, particularly to local groups in need. 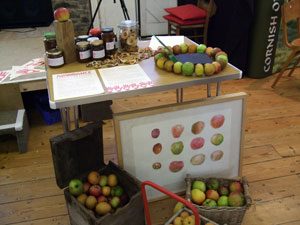