A team of 12 determined members of the Lostwithiel Young Farmers Club in Cornwall have raised £10,220.93 in an epic Tractor Run from John O’Groats to Land’s End in two classic tractors for Cancer Research.

Between the 12th and 20th of April, they ploughed through over 100 towns as they travelled 999 miles down the length of Great Britain from the northern most point of mainland Scotland to the tip of Cornwall. With a top speed of 15mph, they completed the trip in a total of 9 days, taking it in turns to drive the tractors a Case 2290 and a Fiat 1300 Super and stopping overnight in towns and at homes of other young farmers from clubs around the country.

The idea for the challenge came about when 22-year-old club member Josh Stephens and his 17-year-old brother Callum were given two classic tractors by their grandparents who were retiring from their farm in Northern Scotland. The brothers wanted to bring the classic tractors back to Cornwall and came up with the idea of a tractor relay as a fun way of transporting them that could raise some valuable money for charity at the same time.

By the time they had completed the run £6,000 had been raised, through the summer the team with the tractors visited lots of local tractor rallies and agricultural shows promoting the trip telling their story and selling raffle tickets for the prize draw. This culminated with an evening at the church rooms in Lostwithiel where they gave a slide show and talk about their journey followed by the presentation of a cheque for £10,220 to the Lostwithiel Cancer Research Team.

The club would like to thank everyone who supported them, the Stephens family in Cornwall and Scotland, their sponsors for their generous donations including Trewithen Dairy, Mole Valley Farmers, HRN Tractors, Morcom Construction, Haye Farm Cider, Parc Signs and many more.

Fleur Worden, event organiser and outgoing chair of Lostwithiel Young Farmers Club said "the club is delighted with the final total, that we were able to present to the charity and it was a great experience for all those members who took part and such a great opportunity to raise money for a cause that is close to a lot of people’s hearts”

"It also helps to promote awareness of the Young Farmers organisation and brings people together. We are thrilled with the response we’ve had from other clubs all across the country. We’ve also had tremendous support from Cancer Research. We’d like to extend a heartfelt thank you to everyone who has supported us along the way". 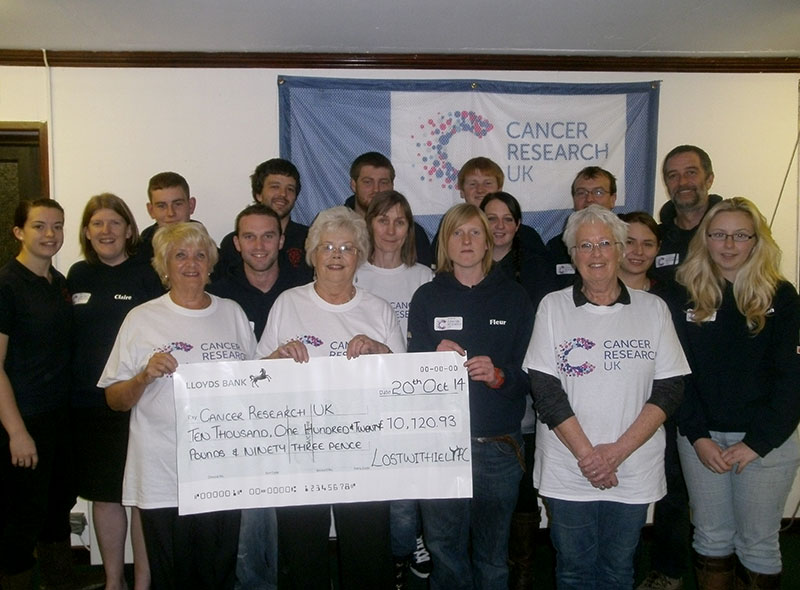 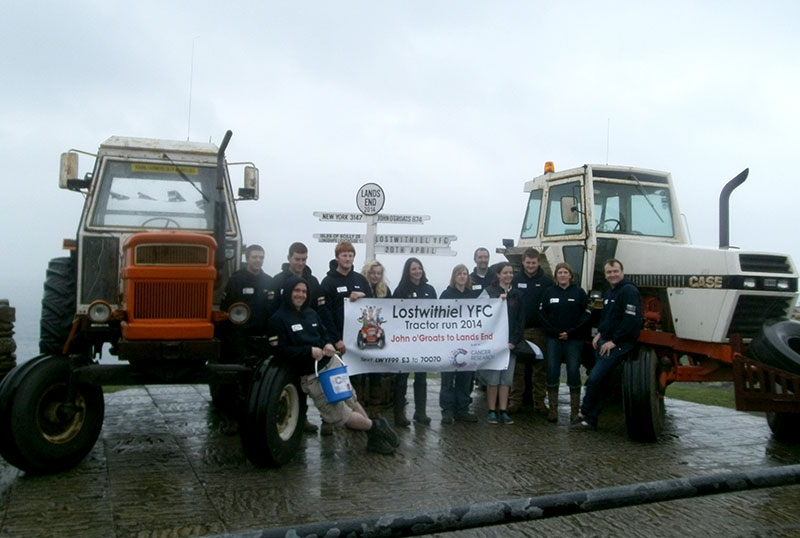